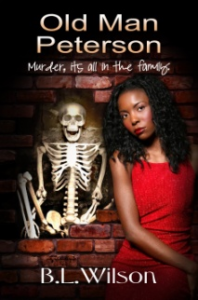 Read Old Man Peterson, murder it’s all in the family and discover a story of revenge and retribution inside one African American family. Lieutenant Abigaile Truman’s latest case involves a skeleton in the closet, literally; and it has been there sixty years. Ina Peterson’s husband has been missing for just that long, so odds are the skeleton is his. Thing is, Ina has what appears to be a serious case of dementia, and her fiery granddaughter Jannita has her claws out in her defense. She and Truman clash in every way—or do they? As the case progresses, increasingly sabotaged by outside forces, it becomes obvious that there is more than one skeleton in the Kennedy-Peterson closet, and someone is resorting to murder to keep them there.

In this surprising, sassy romance, sparks of contention turn to passion as Ina’s story of struggle during the Depression in the South and betrayal and lust when she marries above her station slowly changes the lives of three very different women.