ACTIVISTS: WHO IS KENDALL JENNER ANYWAY? 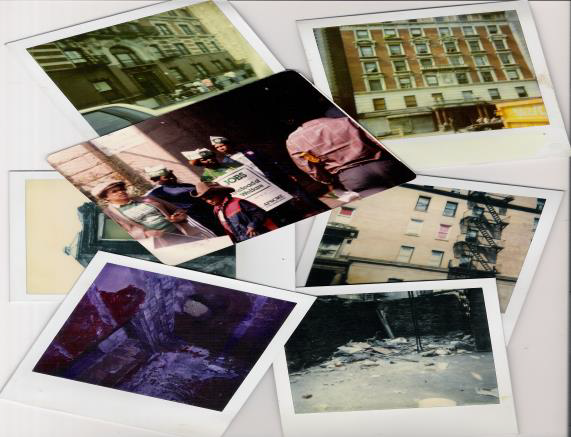 I finally saw the famous Pepsi commercial starring the one and the only Kendall Jenner who is part of the Kardashian clan. I started thinking about what it means to be an activist.

When I was around Kendall’s age, I volunteered to help the Robert Kennedy campaign for president at Ohio State University. I believed in the things he said he would do for young people, old people, poor people, Black, Brown, and white people. Mainly I thought he would get us out of the Viet Nam War. Along with multitudes of other young people, I went on trips across America to encourage people to vote in the presidential primary and then the election in November 1968. The things I saw lead me to believe America was great for some people, but for most poor people, living in America was sheer hell. The people I met lived in tarpaper shacks. I couldn’t believe that in 1968, people lived in the kind of housing I’d only seen in history books 100 years ago.

The center picture is me, my son, and my co-workers gathering on September 19, 1981 to participate in the Solidarity March on Washington for PATCO, the disbanded air traffic controllers’ union. On August 5 1981, President Regan fired some 12,500 air traffic controllers when they went on strike two days earlier. He also disbanded their union. His actions sent shudders throughout most unions. We union members took the firing and dissolution of PATCO as signals that President Regan might do the same thing to all of America’s unions.

Through the years, I’ve gone to other rallies and marches that touched my heart in some way. When I couldn’t march or attend parades or rallies, I volunteered to do other things. In 1992, I drove elected officials from other states around the city during the Democratic Convention. I had an up close and personal look at a southern governor and his staff, a legislator from Georgia, and a mayoral chief of staff from Washington DC.

I’ve taken part in phone banks as well. Right after 911, the mayor asked for volunteers to work the switchboards to keep city services functioning smoothly. I worked five blocks away from Ground Zero and I witnessed both attacks. All agencies and housing in the area were closed down until health officials, law enforcement, and scientists could determine when it was safe to return to the area. Along with several of my co-workers, I answered the mayor’s call to work the city’s switchboard in a secret location.

For nearly three weeks, I listened to horror stories of New Yorkers looking for missing relatives or folks from other states who wanted to offer services, money, and supplies to help the victims of 911. I was surprised by the kindness of strangers. I was saddened by the missing stories too. One father was searching for a son who was homeless and used sleep on a grate underneath one of the towers. I had to tell him to try and find something with his son’s DNA on it to give to the missing persons center downtown. I always wondered if he found his missing son.

I’m not trying to toot my own horn with the examples of my experiences with activism. I am saying that activism is about doing something to help the folks around you in a positive way. Activism may mean giving up something you love doing in exchange for helping folks in need. Activism rarely means getting paid large sums of money to help folks. My own activism meant figuring out how to help folks in need in my own small way. Every time I marched, attended a rally, worked at a phone bank, or volunteered to drive during a convention, I did it because I believed in the idea supporting it. I never earned a penny for doing any of it because participating was a huge part of my belief system.

I actually feel sorry for Kendall Jenner because there was no belief system fueling her actions. She has no history of participating in marches or rallies or even being a spokesperson for a worthy cause. She did it because Pepsi paid her big bucks. In this day and age with so many negative actions going on here in America, she could find a worthy cause or two to support. I hope she does.

After an unpleasant publishing experience, BL decided to take control of her own fate and that of her books. She became a self-published writer two weeks before All Hollow’s Eve of this year. She enjoys writing. She loves using her writing skills to release her inner bitch through the characters she creates. Her novels and short stories allowed her to examine who she is, in black, white and various shades of gray. She can work out her ‘stuff’ through her characters. She finds it very liberating to do so. She vows to keep writing until she can’t.
WHY I WROTE GET RECKLESS WITH THE TRUTH BUT DON’T LIE
BLACK HAIR IS PERSONAL & POLITICAL