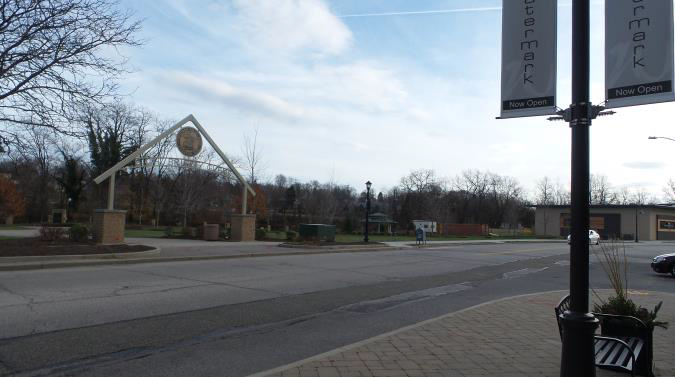 I read this article from a worried parent years ago. I found the question interesting enough to write about. The mother says, “My sixteen-year-old son told me that he is gay. What should I do about it?”
Today, I’d add my own experience of coming out as a lesbian. I wasn’t as young as that mother’s son was when he said, “Guess what, Mom? I’m gay.” Nope, that wasn’t me. I was forty-seven years old before I finally admitted to me that I was gay and then I admitted it to my family. Question: Isn’t 47 a little old to discover one’s orientation? Shouldn’t a person know before they reach 30 who or what they like? At 47, a person has lived over half her life in the shadows and maybe with the wrong gender as well. How is a major life change possible at that age? Permit me to explain my particular situation.

I’m a Baby Boomer. When I grew up, young women were just beginning to flex their muscles. They were thinking about working in non-traditional jobs and considered living non-traditional lives. Most of the women I knew when I was a kid wore traditional clothes to represent their by-the-book lives. Frilly blouses, below-the-knee donut skirts, tailored shirtwaist dresses, and A-line dresses were garb of that day. I rarely saw pants or slacks on my mother’s friends and only boys wore jeans. My mother and her friends allowed daughters like me to wear dressy dresses several inches below the knee with heels at sixteen. On very special occasions, we daughters wore lipstick, a little blush for our cheeks, eye shadow, and eyelash liner. We acted lady-like. We did not smoke, drink, or cuss until we were over 21 and we certainly did not experiment with sex.

Hmm, I should clarify that last sentence. We did all that stuff before turning 21; we just did it on the sly. We snuck out on weekends to local bars or we waited until college before we went buck wild. At least, for me, that was what college was about. It was a place for experimenting and finding myself slightly outside my parents’ parameters. That meant looking for boys who grew up just like me with my middle-class background and belief system. I found a number of young men who fit my parents’ boyfriend material perfectly. Nice guys with the mindset to marry before having sex with their brides and producing babies. I didn’t date much in high school because of the racial situation. We lived in an almost all-white community of 20,000 that wasn’t crazy about my family. We were only family of Black folks with kids and my white male classmates weren’t interested in dating me or anybody that looked like me.

As I said before, my college dates were nice young men, three of whom I actually considered getting serious with. One boyfriend, I discovered had a child and a girlfriend. He lied about it and I said a sad goodbye to him when I learned the truth. Another friend was Catholic. He expected me to convert to Catholicism. I didn’t have a problem with that. What I did have a problem with was what he said later on. If there were problems during the natural birthing process, he’d choose the child’s life over mine. I dumped him the minute he uttered the words, “According to church laws, newborns are full of innocence, while their mothers aren’t.”

The other man in my college life was an artist. He asked me to move to the southwest with him. A university there had offered him a job and he wanted me to go with him. I almost did. He was ten years older than I was and I liked him. The things he taught me. Delicious things about my body, as Smokey says, ‘Oh, oh, baby, baby. I wasn’t ready to get serious about any man and so I said no. I was 19 at the time. What did I know about marriage or men?
I dropped out of college before they threw me out for my poor grades. Then I fast-talked my parents into letting me come to the Blackest place I knew…New York’s Harlem. It wasn’t an easy discussion because they wanted me close to home. I wanted me as far away from them and the all-white town where I grew up. My mother had an elderly aunt living smack dab in the middle of Central Harlem. I knew my parents would agree to my scheme of moving to New York if I agreed to stay with my mother’s aunty. That was what I did for six months until I discovered the cheap rent of rooming houses.

My mother says I used to call her every week, reporting all the handsome Black men I’d seen in my daily commute from Harlem to B Altman’s on 34th Street. She said my calls worried her. She thought I was hot to trot and ready to jump at the first man who said boo. Just goes to show what my mother thought she knew about me. I jumped at the second man who spoke to me because I thought he was Black Panther speaking to me in Swahili. Turns out he was speaking in a fractured version of French. I didn’t care. I was in love. I married him five years after we met. He, too, taught me many things. Maybe too many things. I say too many things when I really mean too many wrong things and not enough good things about sex, love, and marriage.

I hadn’t begun to feel an attraction for women yet. Oh, there had been the typical little crushes on other girls when I was a kid, but nothing serious. It took a friendly marriage going icy and dangerous at the end to change my feelings. My husband believed in what was great for the goose wasn’t good for the gander and vice versa. Translation, my husband could do what he wanted, when he wanted in our marriage, but I’d better not try it. The first time I stayed out until the bars closed, my husband jumped me, then smacked me upside the head so hard, he perforated my right eardrum. I couldn’t take the pain medication the doctors gave me for my aching ear because two days later, I found out I was pregnant. I got scared and left the state to go back home until my husband apologized and swore he’d never hit me again. He didn’t for seven years.

It happened again on a cold day in February. I’ll always think of that day as a day of opposites. It was white-hot inside our apartment but icy cold with piles of soggy, dirty brown snow on the sidewalk outside. I was going to work. He was staying home to sleep. I was completely dressed in winter gear for taking the train to work. He was in his underwear. I was worried about work.

He wanted to know why I didn’t buy his cigarettes. I argued how his smoking made my allergies worse. He was blocking the door with his body. I was trying to rush out the door to take our son to school. He saw the surprise, then the fear in my eyes when he struck the first blow. I saw a crazed look in his eyes and sent my son quickly to a safe space. I won’t say more about the assault other than I survived. I went to court and received a thirty-day order of protection before I took my son and we escaped the state to go to my parents’ home some 450 miles away from the city.
I continued to date men for another five years until I couldn’t. Loving men didn’t do it for me any longer, so I remained celibate for a long time. Also, with a curious growing son, I thought it was better to remain celibate than to answer questions about this man or that man leaving my apartment the next morning. I didn’t think any man or anybody else would do it for me again until I started noticing women returning my shy glances. By the time I met my first out-there lesbian, I was forty-seven. I met her through a friend of a friend who thought we would like each other.

My friend was right. We did like each other. We talked on the phone every night and day for months. We went to movies, plays, and ate at great restaurants, but most of all, we talked. We found so many things to discuss that, even now, it surprises me how much we talked back then. By the time I slept with her, my first woman, I was forty-seven. She felt so good I knew it was right. I wouldn’t try another man again. I wish I could say we lived together and eventually married once it was legal in our state to do so, but I can’t. We both have moved on, but thinking of her does bring back fond memories.

I do wonder if I’m that unusual. Have other women found their “stride” late in life as I did?

After an unpleasant publishing experience, BL decided to take control of her own fate and that of her books. She became a self-published writer two weeks before All Hollow’s Eve of this year. She enjoys writing. She loves using her writing skills to release her inner bitch through the characters she creates. Her novels and short stories allowed her to examine who she is, in black, white and various shades of gray. She can work out her ‘stuff’ through her characters. She finds it very liberating to do so. She vows to keep writing until she can’t.
IF YOU KNEW YOU WERE GAY…
Personals, Internet Love?