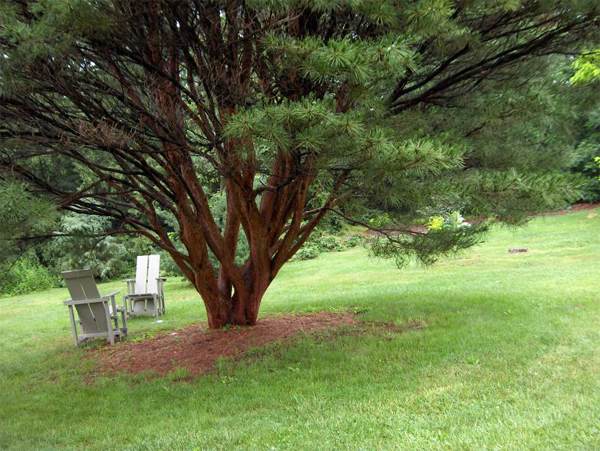 I’ve been thinking a lot about God lately. I’m not sure exactly why, but I’ve been doing it. For example, two weeks ago, I went out to move my car from one side of the street to the other side. In New York City, we have something called Alternate Side of the Street Parking. Particularly in Manhattan, good legal parking spots are worth a car’s weight in gold. Even bad illegal spots are worth something until the traffic agents or the police discover them. Depending on the side of the street, the day of the week, and time of day, a car has to be moved or the owner risks a ticket, a tow, or both.

I saw two older Black women in long-sleeved dresses that almost touched their ankles crossing the street as I double-parked. I immediately thought of old-school church sisters. The only thing the two sisters were missing were their Sunday-go-to-meeting church hats. They did carry copies of their religious booklets, face-out against their chests as if the papers could shield them against the sinning world they were entering. I watched the two women for a long while. They both took bench seats in the park across the street from my building. They watched a number of pedestrians walk by. Every so often, the women would offer a morning greeting to someone. Then they’d ask the person if they’d like to read their religious handouts. While a number of folks walked by the bench they’d claimed, the women only offered a few folks their free handouts.

During my years living in New York, I’ve been stopped by women like them or a few men neatly dressed in suits from 10 years ago. I always listen politely to their passionate spiels and appeals to read their religious brochures and avoid Hell. I often wondered and I still wonder why stop me and do a God talk? Did I, do I look like I’m going to hell anytime soon? I never thought of myself in that way. I did wonder, Why not talk to some of the drug addicts or alcoholics or homeless sleeping on the benches and rescue them? Don’t they need rescuing too? I never asked the question.

Today, I started thinking about God again. I was going grocery shopping uptown in nearby Washington Heights where I love to shop. I started wondering whether God was a woman. I know, as a woman and a feminist myself, it’s PC to stake a claim on God being female. I’m kind of hoping … perhaps I should say I’m praying God isn’t a female.
I don’t want God to be a woman. With all the hatred and wars going on here and abroad, I would hate to think a woman would stand by and watch wicked things transpire and not try to stop them or confront them in some way. Then I think God might be a woman who is giving us humans teachable moments hoping we’ll learn something this time. She’s tried everything else, like allowing man-made famines, end-it-all nuclear wars, genocide, economic inequalities, human sex trafficking, slavery, and all the other horrors we human do to each other non-stop 24 hours a day, seven days a week, three hundred sixty-five days a year.

After an unpleasant publishing experience, BL decided to take control of her own fate and that of her books. She became a self-published writer two weeks before All Hollow’s Eve of this year. She enjoys writing. She loves using her writing skills to release her inner bitch through the characters she creates. Her novels and short stories allowed her to examine who she is, in black, white and various shades of gray. She can work out her ‘stuff’ through her characters. She finds it very liberating to do so. She vows to keep writing until she can’t.
WHY I WROTE DEVIL’S IN THE DETAILS, SOULLESS LOVE?
Devil’s In The Details, soulless love?